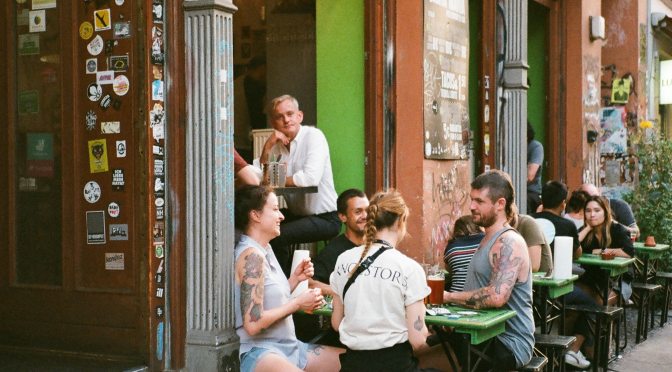 Have you been unfairly judged by others, or maybe even yourself? Here are 3 points to remember.

It was time to choose a new leader. The current king’s reign was coming to an end, so Samuel was sent to Bethlehem to anoint a new king. This was a secret mission since Saul was still on the throne, so Samuel was to anoint the future king at a private event.

Jesse’s family was invited to the dinner. As the family entered, Samuel took one look at Eliab, and thought, “Surely this is the next king. His credentials say he’s qualified.” The Lord told Samuel it wasn’t Eliab, nor was it any of Jesse’s sons who were at the dinner.

Samuel discovered the one the Lord had in mind was not even at the dinner. He was still in the field tending the sheep; he was the youngest, and no one even considered it important for him to be at the dinner. He had to stay behind caring for the sheep.

They sent for the young man, and when he arrived, Samuel was instructed to rise and anoint him. For he would become the next king of Israel.

Substitute a few details, and we see this scene played out in modern times. Resumes and credentials are heavily weighed, while character is a secondary consideration.

We naturally want to place a higher value on things we can see rather than things we cannot see. We value credentials, appearance, and accomplishments because we can see them, but a person’s heart may be a little harder to see so we don’t spend as much time there. The Bible tells us there is a better way; in fact, we are taking an upside-down approach.

1 Samuel 16:7 says, “But the Lord said to Samuel, ‘Don’t judge by his appearance or height. For I have rejected him. The Lord doesn’t see things the way you see them. People judge by outward appearance, but the Lord looks at the heart.”

The Bible suggests we put the heart first in our evaluation of others. Unfortunately, we live in an imperfect world in which this does not always happen. You and I may be evaluated unfairly; we may even judge ourselves unfairly. When this happens, here are 3 points of encouragement to remember.

God knows you and me. The Lord knows us better than anyone else, and he sees what is genuinely in our hearts.

God knows our ideas and motives. He knows what drives us. When others negatively judge us for making decisions, the Lord knows why we made those decisions. The Lord knows our hearts, and he does not judge unfairly. He is fair and just in all he does.

No one thought David would be the next king. He was not even at the dinner. The family left him behind to care for the sheep. Samuel, Jesse, or no one else realized David’s potential. I wonder if David even realized his own potential. Perhaps the only one who knew what was possible was God.

We have a tendency not to recognize our own abilities. We want to go after that goal, but we don’t think we have what it takes.

You and I desire to accomplish goals, yet we say to ourselves, “I can’t.” We do not recognize our own potential.

God knows our potential though, and if he’s put the goal in our heart, we can trust him to get us there. No one realize David’s potency until he beat Goliath. No one may recognize our potential until you and I accomplish a goal. When you judge yourself unfairly, remember God does not judge unfairly. He is fair and just in all he does.

3. God will prepare you for the next stage.

For the most part, I don’t like clichés, but this one fits. God does not call the equipped; he equips the called. You and I are qualified for the first stage of a project; however, we look down the road four or five stages and convince ourselves we are not qualified, so we do not allow ourselves to act.

We are not the only ones who have ever struggled here. Moses and Jeremiah did, and the Lord responded by saying, “I will give you the qualifications.”

God qualified Moses and Jeremiah, and he will qualify you and I for what he has called us to do.

Many stages of education and training are required to be a doctor, but if God has called you to be a doctor, he’ll get you through the stages. It takes several steps to be a teacher, but if the Lord has given you the desire to teach, he’ll guide you in taking those steps. God qualifies us so we can be in the place he wants us. When you are unfairly told you’ll never be able to accomplish your goal, remember God does not judge unfairly. He is fair and just in all he does.

What desire has the Lord given you? Make a list of steps you can take toward accomplishing your goal. Start taking those steps, and remember as you go, while the world may judge unfairly, the Lord does not judge unfairly. He sees your heart, knows your potential, and will guide you through the stages to your goal. God is fair and just in all he does.

What are you looking for?